Be Prepared for the 2018 Hurricane Season 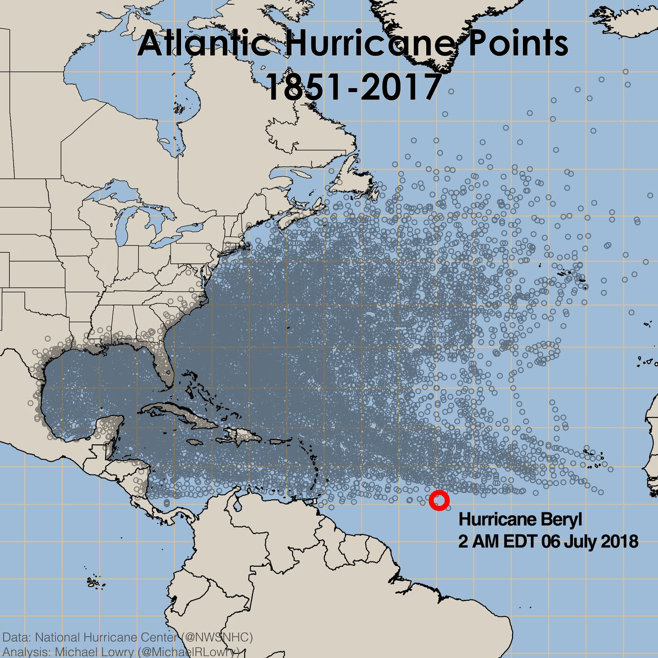 23 Jul Be Prepared for the 2018 Hurricane Season

There is a 75% chance the 2018 Atlantic (and Pacific) hurricane season will be near- or above-normal, according to the National Oceanic and Atmospheric Administration.  The hurricane season lasts from June 1 to November 30.  Businesses and individuals alike should prepare for these weather events, especially those in Florida, North Carolina, Texas, Georgia, Louisiana, Alabama, South Carolina, and Mississippi.

Below is a graphic by Michael Lowry, a strategic planner at FEMA.  Based on decades (for the Atlantic, a century’s worth) of data, it reflects all recorded tropical storms and hurricanes that tracked directly over each state.  The aforementioned eight states have historically suffered the most from these meteorological events.

In fact, for the U.S., the locations that have the highest chances per year of experiencing a strike by a tropical storm or hurricane are the following:

(the probabilities decrease if considering only a hurricane, and further decrease for a major hurricane). 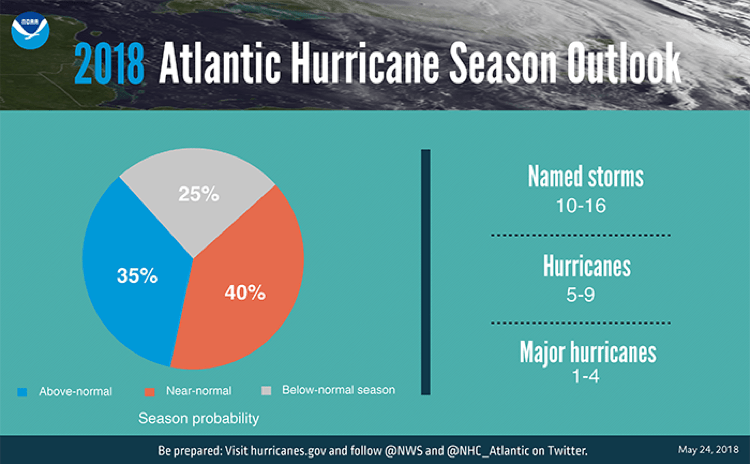 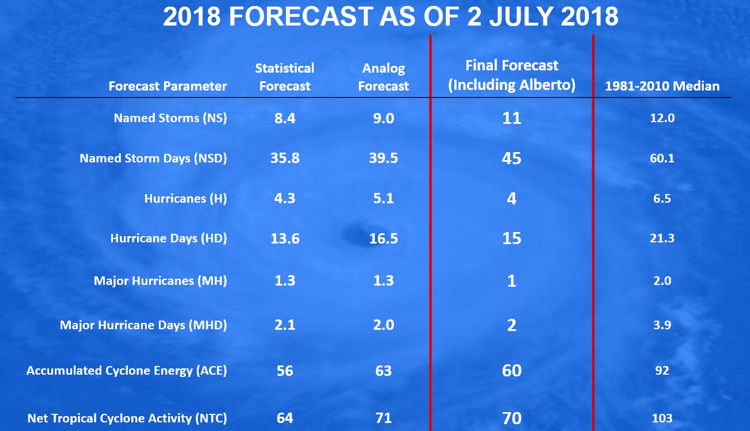 One reason for annual prudent planning is that the early months of the hurricane season are problematic for sufficient warning for these storms. June usually provides only 2 to 3 days of warning from hurricane formation to its landfall, while we can expect up to 9 days of lead time in September.  This limitation in forecasting technology, combined with the aforementioned historical data, shows that individuals and businesses in states like Florida, North Carolina, and Texas should be especially concerned in June and July.  However, hurricanes are most active in September.

The 2017 hurricane season provides good examples of why individuals and business continuity/disaster preparedness personnel should take hurricane planning and preparation seriously.  In three weeks, hurricanes Harvey, Irma, and Maria caused extreme devastation in Texas, the U.S. Virgin Islands, Puerto Rico, and Florida as well as our neighbors in the Caribbean.  All three hurricanes were among the top five costliest hurricanes dating back to 1980 (adjusted for inflation).  They collectively caused $265 billion worth of destruction.  Hurricanes Harvey and Irma also caused 199 direct and indirect deaths and by some estimates, Hurricane Maria caused between 500+ and 4,600 fatalities (an official report on fatalities caused by Hurricane Maria, conducted by the Milken Institute School of Public Health at the George Washington University, is due this month).  The three hurricanes also affected significant portions of states’ and territories’ populations in their paths. 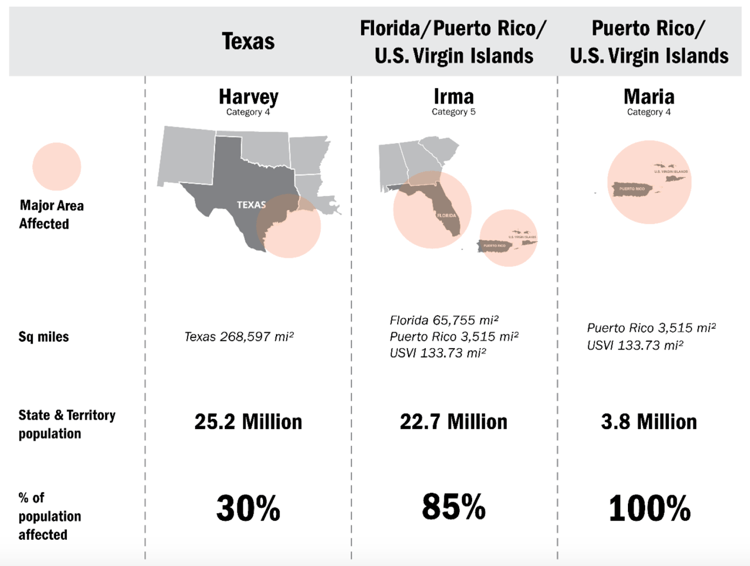 Hurricane Harvey, the second costliest hurricane in U.S. history (after Hurricane Katrina in 2005), dumped 5 feet of rain east of Houston — the most rain ever for a single storm in the U.S.  Flooding caused by Harvey also forced almost 800,000 Texans from their homes.  Hurricane Irma, which impacted 6 states, prompted the largest evacuation order in U.S. history — Florida jurisdictions ordered the evacuations of nearly 7 million residents.  Hurricane Maria was the first category 4 storm to make landfall on Puerto Rico in 85 years and caused seven months of outages to the territory’s power grid.

Feel free to schedule a free phone consult below: