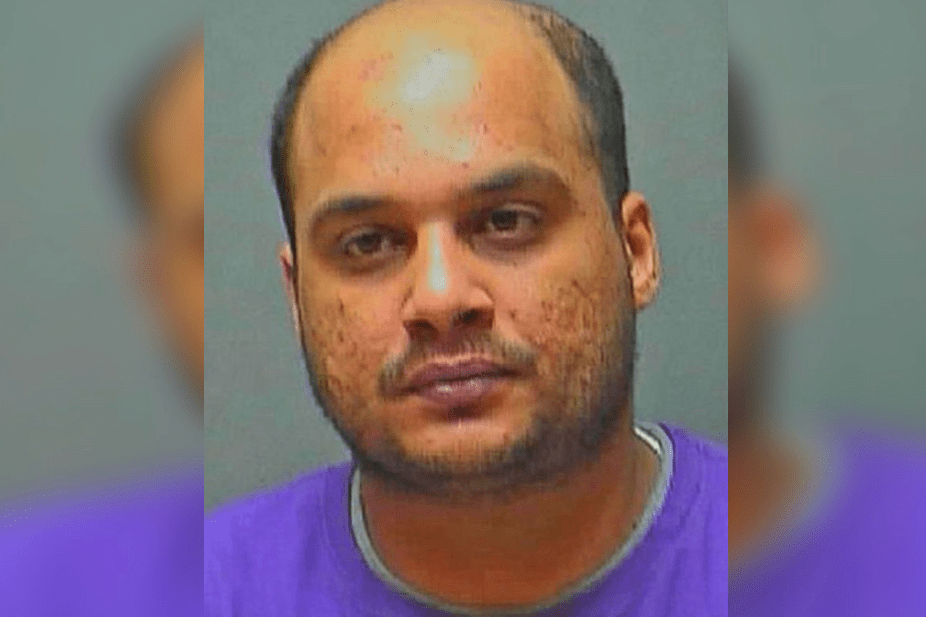 Posted at 19:26h in Terrorism by bgllc 0 Comments
0 Likes

It is critical that U.S. businesses — especially their compliance, risk management, intelligence, and security departments — have at least a basic understanding of how the U.S. Government administers terrorist designations and terrorist lists.  The same applies to non-American business that touch the U.S. through the banking system. Failure to perform due diligence or basic research on terrorist lists could expose organizations to security lapses, reputational risk, criminal and civil penalties, and immigration consequences.

U.S. persons (including corporations) are prohibited from conducting unauthorized transactions or having other dealings with or providing material support to designated individuals or entities. And foreign persons may be held liable for effecting such transactions from or through the United States.

There are various terrorist lists used by the United States, most of which overlap.  In this blog post, we will cover the two main authorities and lists for terrorism designations in the U.S — Foreign Terrorist Organization and the Specially Designated Global Terrorist.

The “gold standard” of terrorist lists is the U.S. Department of State’s Foreign Terrorist Organization (FTO) designation, authorized by Section 219 of the Immigration and Nationality Act (amended in 1996 with the Antiterrorism and Effective Death Penalty Act, also called the Antiterrorism Act).  There are three legal criteria that must be met before the State Department can designate an FTO.

1. It must be a foreign organization;

3. The organization’s terrorist activity or terrorism must threaten the security of U.S. nationals or the national security of the U.S.

While the State Department administers FTO designations (i.e., adds/removes organizations to/from the FTO terrorist list), it receives input from other departments and organizations such the Departments of Defense, Homeland Security, Justice, and the Treasury, and the Office of the Director of National Intelligence.  The FTO list serves a couple counterterrorism purposes. 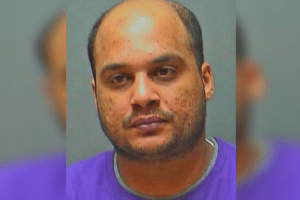 First, it serves as an authoritative list for the interagency process — criminal, immigration, and financial. For example, the Justice Department, under 18 U.S.C. § 2339, criminally prosecutes individuals who provide material support or resources to an FTO, or who knowingly receive military-type training from or on behalf of an FTO. The most recent example is Mohamed Elshinawy, who in late March 2018 was sentenced to 20 years in prison for conspiracy to provide material support to the Islamic State of Iraq and al-Sham (ISIS). ISIS is designated an FTO. The Department of Homeland Security can place immigration restrictions on members of designated FTOs and individuals who knowingly provide “material support” or resources to those organizations. Finally, the Treasury Department can block, i.e., freeze any assets a designated FTO holds in a financial institution within the United States. As of December 31, 2016, the date of the most recently published Treasury Department Terrorist Assets Report, the U.S. blocked over $34 million in which there exists an interest of an international terrorist organization or other related designated party (this amount includes assets blocked pursuant to presidential executive orders, such as entities on the Specially Designated Global Terrorists list, but not state sponsors of terrorism).

The U.S. also uses FTO designations as a diplomatic tool in both multilateral and bilateral relations.  Allies, partners, and friends of the U.S. can present a unified front against terrorist groups and their facilitators.  Terrorist organizations’ placement on the list also sends a very clear signal to other countries of the groups the U.S. considers a threat to its security.

The first iteration of the FTO list, in 1997, consisted of 30 entities.  As of this blog post, 65 organizations are FTO-designated.  As the last word in the term “Foreign Terrorist Organization” implies, only terrorist organizations — not individual terrorists — are on this list.  However, the State Department will also place FTOs and associated members on the broader Specially Designated Global Terrorists list. 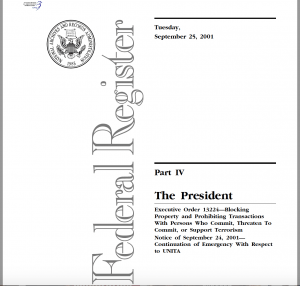 The other main authority for terrorist lists and terrorism designations stems from Executive Order (E.O.) 13224, (pursuant to International Emergencies Economic Powers Act) signed September 23, 2001 in the wake of the terrorist attacks earlier that month.  E.O. 13224 imposes sanctions on foreign persons who have committed, or pose a significant risk of committing, acts of terrorism that threaten the security of U.S. nationals or the national security, foreign policy, or economy of the United States.

Additionally, the Treasury Department may designate individuals or entities that are determined:

1. To be owned or controlled by, or act for or on behalf of an individual or entity listed in the Annex to the Order or by or for persons determined to be subject to the Order;

2. To assist in, sponsor, or provide financial, material, or technological support for, or financial or other services to or in support of, acts of terrorism or individuals or entities designated in or under the Order; or

3. To be otherwise associated with certain individuals or entities designated in or under the Order.

Wider ranging than FTO authority, this E.O. allows the designation of terrorist groups, individuals acting as part of a terrorist organization, and other entities such as financiers and front companies as Specially Designated Global Terrorists (SDGTs).

Unlike the FTO list which the Secretary of State takes the lead in administering (in consultation with the Secretary of the Treasury and the Attorney General), the Treasury Department maintains the SDGT list.  However, the State Department also has authority to designate individuals and entities as SDGTs under E.O. 13224.  This Treasury Department authority is sometimes called “derivative designation” — Treasury can make an SDGT designation if someone provides support to another SDGT or an FTO.

Like FTOs, SDGTs can have their assets frozen.  But while FTO designation imposes immigration restrictions on members of the organization, the U.S. government is limited to restricting travel for SDGTs.  Like FTO designations, SDGT designations can serve as a diplomatic tool.  In June 2017, the State Department designated Syed Salahuddin, the senior leader of Hizbul Mujahideen (HM) as an SDGT.  HM is one of the largest and oldest militant groups operating in Kashmir.  The State Department’s announcement was released immediately after Indian Prime Minister Narendra Modi met with US Defense Secretary James Mattis and Secretary of State Rex Tillerson in Washington, a symbolic show of solidarity with India.  Of note, it was not until August 2017 that the U.S. designated HM an FTO and SDGT.

In the Annex to E.O. 13224, President Bush identified 12 individuals and 15 whose assets were blocked. As of December 31, 2016, a total of 1,056 individuals and entities had been designated and remained listed as SDGTs (the SDGTs almost always includes all FTOs).  As of this blog post, the State Department had designated 288 of all the SDGTs.

For more information on getting your organization trained on terrorism and terrorism lists, please see our Training page, and or contact us.